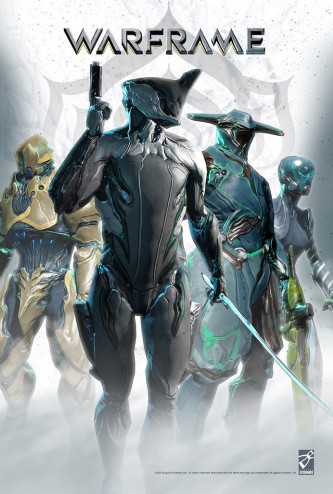 My long-time readers know I’ve had something of an ongoing quest to find a free-to-play game that isn’t a complete waste of time. After sifting through pay-to-win games, skinner boxes posing as games, and general time sinks, the pickings have been slim. Along the way – probably while I was pouting about Destiny not getting a PC port – I discovered Warframe, a third-person squad-based shooter. Oddly enough, I don’t hate it.

In fact, I think it’s safe to say I actually like Warframe. I like it for the same reasons I like Diablo 3 and Borderlands 2. Even though Warframe offers only the slightest variations on the themes of running, shooting, and looting, it’s very good at what it does.

Warframe’s bread and butter comes through exploring/unlocking various locations in the solar system through 10-15 minute long battles. In the interludes between battle, players customize their equipment with a deep, but slightly fiddly, modification and crafting system. This is pretty much the game. It makes no pretense about being anything greater than the sum of its parts.

As for the action itself, I’ve often said that the mark of a game’s greatness is its ability to scratch an itch I didn’t know I had. In this case, Warframe lets me be a space ninja. The Tenno, the race of enigmatic beings under the players’ control, are experts in both firearms and melee weapons. Let me say this again, I play Warframe as weird looking, trans-human (probably), space ninja with a fire sword and laser rifle. I can also shoot energy blasts from my Warframe. I’m essentially the Guyver meets Tekkaman Blade.

Where some developers might be tempted to over-complicate the sword/melee mechanics, Digital Extremes does a good job of keeping it simple and satisfying. Setting aside a few advanced sword maneuvers, Warframe is the sort of shooter/hack-and-slasher where any person can pick it up and feel like a bad-ass inside an hour.  Granted, Borderlands and its bazillion guns is a lot neater in terms of customization and personalization, but there’s no shortage of depth in Warframe’s ability to modify and super-charge equipment.

Let’s move on to the two elephants in the room of free-to-play games: the grind and the economy.

Warframe’s level grind primarily focuses on players levelling up their equipment. The higher a piece of kit’s level, the more mods it can hold. The mods themselves can also be leveled-up to become more powerful. On it’s own, this reward system might be enough to keep me playing for a few hours. However, about half of the game’s missions have a Press Your Luck nature to them.

For example, “defence” missions task players with holding a fixed installation against wave after wave of enemies. Every five waves the game offers players a reward and a chance to leave the map with loot in hand. However, if they survive another five waves they can get an even bigger prize and more loot. A glutton’s death before a milestone wave leaves players with nothing. It’s one of the oldest psychological tricks in the book, but it’s a strong enough risk/reward mechanic to keep each match exciting while forcing some real teamwork among players.

Between pressing my luck on loot rich maps, responding to one-off missions that offer bounty money, testing out my weapon customizations, and warzone missions that present as a tug of war between AIs and players, the game’s grind isn’t really all that intrusive. Sure, it’s there, but is it really a grind if I’m enjoying myself while engaging with it?

Which brings us to the game’s two-tier economy. For those less inclined to earn “credits” through slaughtering their foes, they can buy “platinum” with real world money. Pretty much every free-to-play game has some variation on this system. Unlike most free-to-play games, Warframe lets players earn platinum through taxed player-to-player transactions. I haven’t seen another free-to-play game that is willing to let players access the second tier of its economy through anything other than real world transactions. Conceivably, a player could reach a certain threshold of playing for free before buying into the game’s economy with nothing more than time already spent.

Ultimately, my assessment of a free-to-play game comes down to a simple question: is the game interested in giving me an experience or tricking me into buying something? Much to my surprise, Warframe hasn’t thrown up any roadblocks to my having a good time. Sure, it would be glad to take my money. But even if I did buy a few new toys with platinum, the fun is found in carving up and gunning down my foes with the new kit, thus making my guns and Warframe even more powerful. On that essential note, Warframe seems happy to let me play for free.

I can’t believe I’m saying it, but I think Warframe is worth checking out.