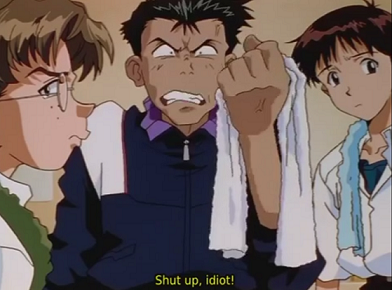 Last week I managed to annoy one of my readers. Words like “lackluster interpretation” were tossed my way with respect to part two of this series. Here I thought my intentions, and the level of my discourse, were clear with the subtitle, “Evangelion Characters Who Should Be Hit By a Bus.” Instead, I was directed to some tumblrs on why Kaji and Asuka are important characters to the story.

Rest assured, this is not the start of an internet slap fight. I respect that the authors of those posts put considerable effort into their analysis. They’ve probably thought more about these characters than I have. However, there is a world of difference between somebody stripping a series down to its component parts, and someone else reviewing it with the purpose of evaluating it’s merit as a piece of popular culture. I do the latter.

Allow me to use episode twenty-two of Evangelion to illustrate the point. Twenty-two is supposed to be an apologia for Asuka. With Unit-00 damaged and Unit-01 on lockdown, on account of becoming a super weapon capable of doing…things, Asuka and Unit-02 are left to defend the world from the fifteenth angel. Rather than trying to blow up the world, this angel takes an interest in brain hacking Unit-02’s pilot. The audience’s journey into Asuka’s memories illustrates why I think this series fails as a piece of popular narrative.

Leaving aside the notion that Asuka considers the angel’s mental probe a “rape of her mind” – because I wouldn’t touch that with the Lance of Longinus (Evangelion isn’t the only one capable of shoehorning in relogous claptrap) – the trip through Asuka’s personal demons is opaque, at best, and impenetrable at worst. Part of this problem is a linguistic one. Things happening in Asuka’s mind are happening in both German and Japanese. While my version of Evangelion translates the Japanese dialogue, it does not translate the flashes of Kanji and written German appearing during Asuka’s descent into madness. Likewise, there’s also some spoken German that doesn’t make its way into the subtitles.

I am almost certain I’m missing some important visual cues for my inability to read Kanji or German; otherwise, what’s the fucking point of including them? I’d also be willing to bet those cues connect with some of the religious symbolism happening within the episode, such as Rei pulling the aforementioned “spear of destiny” from the crucified half-corpse of the first angel. Dare I hazard a guess on what it all means? Not on your life.

It’s one thing for a series to be deep enough as to merit an autopsy’s worth of deconstruction. I, however, am a critic, not a coroner. At the end of the day, my job is to tell my audience, mostly made up of smart people by my estimation, if they should bother with something. When Evangelion’s deeper narrative (assuming there is one) requires learning German, Kanji, and at least a few undergraduate level courses in theology and semiotics, I submit it is so impenetrable as to write off much of its popular appeal.

Setting aside any potential value in the deep thoughts/implicit wanking, the balance of the episode presents to this critic as a half-hearted apology for why Asuka is so insufferable. Given it took twenty-two episodes for the series to get here, I reject said explanation as a weak rationalization in the face of her endlessly abusing Shinji.

Sorry, Evangelion, I suspect I don’t like you for the same reason most people in the world  don’t like/get Community. Writing which is encoded in such a way as to require extensive foreknowledge, be it of Judeo-Christian mythology or the darkest bowels of TV and film, is alienating to the outsider. Evangelion makes this worse because its surface-level story is about people being terrible to each other. If the series evoked anything in me other than boredom and pity, I might be more inclined to mine Evangelion for its deep layers of symbolism (probably not, I have a day job and no interest in a PhD in anime). So on the issue of the series nuance and depth, I’m content to dust of this old chestnut… 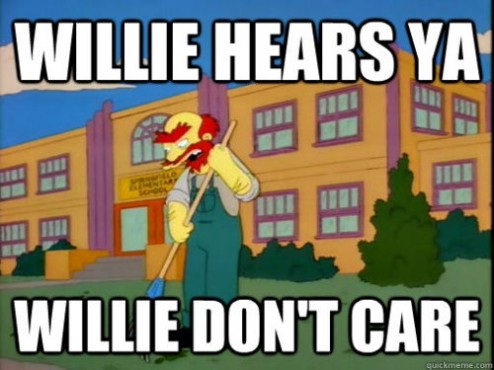