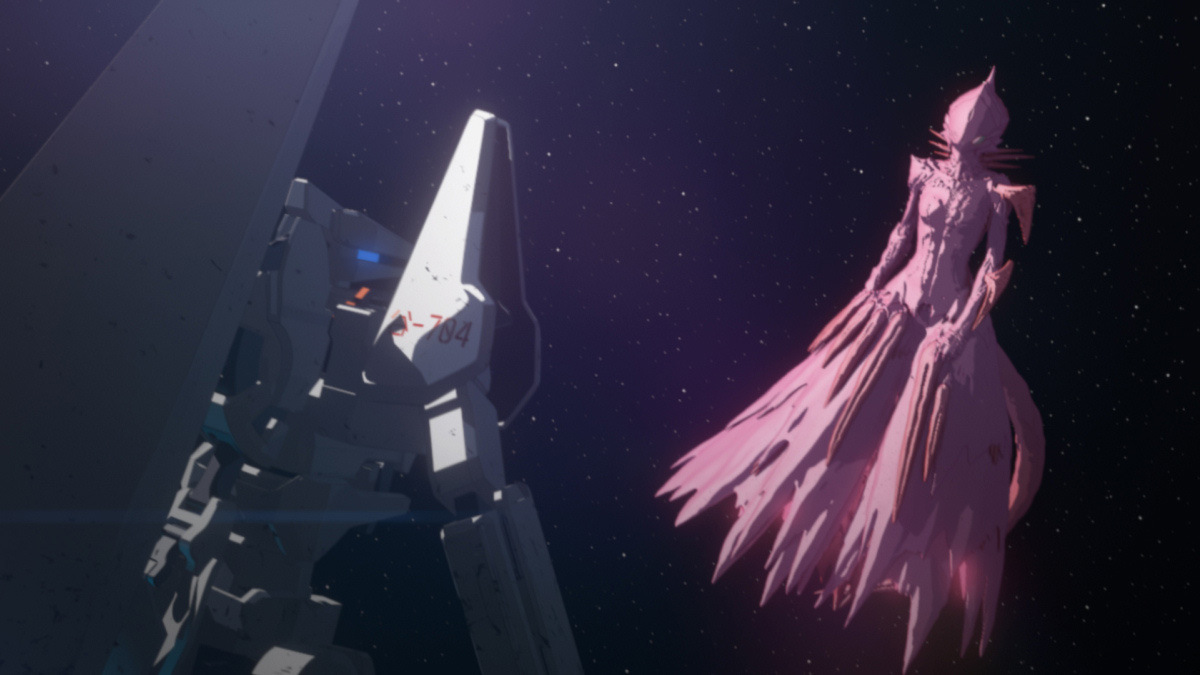 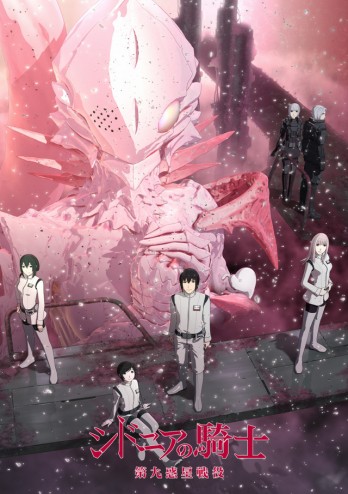 As prophesied, I tore through the second season of Knights of Sidona over the Canada Day long weekend. It was something of a bizarre experience. While Sidonia’s first season is a good, if occasionally weird, piece of hard science fiction, the second season is a different type of monster. On paper, the series is still a space opera about mecha pilots protecting humanity from an enemy that destroyed the earth. In practice, Sidonia’s second season opens the door for a lot more slice-of-life story telling, placing any military drama firmly on the back burner.

NB: I’m not going to explain season one in this review. If you haven’t seen it, I recommend you go watch it. As for watching season two…whelp…

The second season begins shortly after Sidona’s battle with the Guana cluster. Unlike the first season, which took an episode or two to introduce the audience to the seed ship and the bio-hacked humans who dwell within her, season two, subtitled “The Battle for Planet Nine” opens with intrigue, plotting, and a looming sense of bad things about to happen to the last remnants of humanity. All this culminates in the early introduction of a new character, Tsumugi, a Guana-Human hybrid.

This addition hints that the series will dig into the idea of Sidona’s human population, particularly its civilians, rejecting the hybrid and the captain’s turn toward heretical science. As it happens, Sidona’s hatred for Tsumugi lasts but a single episode. When Tsumugi’s capacity for killing Guana proves even greater than Nagate’s, the ever feckless citizens of Sidonia put away their protest placards and conveniently forget that the last Gauna-Human hybrid experiment nearly destroyed the ship. In the span of twenty minutes, the plot goes from an angry mob ready to lynch the hybrid, Kunato – her “father”, and Captain Kobyashi, to accepting Tsumugi as their personal savior. Sorry, Nagate.

From those good vibrations stem a decided change of focus for the middle episodes of the season. Though there are still a few battles here and there, the protracted second act is largely devoted to exploring teenage angst. Ever the typical anime protagonist, Nagate is utterly oblivious to the fact that Izana, his gender neutral best friend, is in love with him. In fact, Izana’s feelings are so powerful she transitions from “middle gender” to female. Given the way Izana is introduced in the first season, and some of the shit she takes from people just for being herself, this transformation is, rightly, a profound moment of change for the character. Yet in true anime fashion, Izana’s transition is handled with all the dignity of a drunk Bostonian yelling “Baba Booey” at a wedding. At one point she literally explodes out of her space suit because – wait for it – her newly formed boobs caused her space suit to explode. Boobs = space suit explosions. I guess I missed that scene in Gravity.

Likewise, Izana and Nagate can’t have a relationship unfold along honest lines because this is anime, and there has to be a jealous third party. In this case, Sidona’s acting first officer plays the role of petty envy monger. Yuhata pulls rank to move in with Izana and Nagate, despite never making a move for Nagate’s attention. When did Nagate change his name to Jack Tripper? That’s right, I made a Three’s Company reference. That’s how fucking shameless KoS has got with things.

I remember when this used to be a show about fighter pilots. Back when Izana would give Nagate a telling off not because he is oblivious to her feelings, but because his ace pilot skills preclude him from seeing how much she, and every other pilot, fears dying alone in the cockpit of a garde. Those were the days when Nagate’s obsession with the Hoshijro-ena was a by-product of the guilt he felt for not being able to protect Hoshijiro in battle against the Guana. There was a Battlestar Galactica meets 2001 A Space Odyssey feeling to the way the series blended the staples of mecha anime with actual physics. Now space battles and the novelty of Sidonian civilization, a place where resource scarcity required genetically engineering humans to photosynthesize, take a back seat to feelings.

Also, tentacles. Holy shit, so many tentacles. Not in the hentai sort of way, mind you. Even though the Guana are weird pink blob monsters whose primary means of attack are tentacles, those images never seemed particularly weird in season one. I am, however, acutely aware of it in season two. Perhaps it has something to do with Tsumugi, who is the size of a Sidonian Garde, stretching out a face tentacle whenever she interacts with Nagate or Izana. If it feels odd for you to imagine a Guana-Human hybrid stretching a face tentacle through Sidonia’s endless labyrinth of pipes so it can have a slumber party at Nagate’s house, imagine how it feels watching it happen. And if that’s not enough to make you go, “Umm, what?” the season’s final battle sequence includes a Guana’s human ena sliding her tongue tentacles (plural!) into Nagate’s mouth while choking him. What in the actual fuck?

All of this is happening while a mad scientist – the one who nearly destroyed Sidonia with his hybrid experiments – is using brain parasites to assimilate Sidona’s crew with the memories of his past associates. Between the Guana and this human threat, there should be no shortage of material to make for a solid second season. Instead, we end up with two distinct moods for Sidonia’s second chapter. One is distinctly juvenile and flighty yet weird and off-putting. The other wants to be a hard scrabble science fiction series, but it’s markedly toned down from its roots.

While I won’t go so far as to write off  the second season, I will say the series doesn’t feel anywhere near as unique  as when it started. Tonally, KoS might as well be Gundam Seed/Gundam Seed Destiny. If that sort of thing works for you, and you’re good with mouth and face tentacles, then you’ll probably enjoy the second season. However, if you’re expecting the second season to be more of the thoughtful anime meets Battlestar Galactica of the first season, I’d brace for some disappointment.