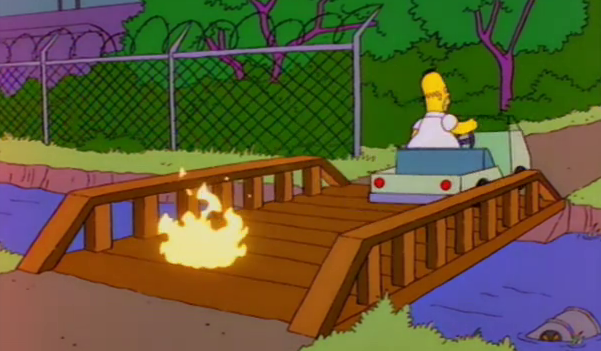 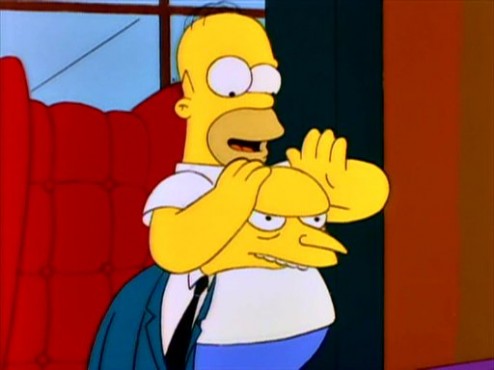 Right then, Adam is about to get honest. Since it’s always a weird thing when I talk about something other than films/books/games, I advise you to take whatever safety precautions you feel are appropriate. The truth is this post has been a long time coming. Remember two weeks ago when I said I was feeling out of form with my writing? The words that follow should put those sentiments into a bit of a better context.

Now, this next part – to paraphrase from Michael Ironside as Lt. Rasczak – is for all you new people (and apparently a stiff reminder for myself despite the fact I’ve been in the game for a few years and should know better by now). There is just one rule:

Never take a writing job where you are paid in exposure.

It’s the first fucking rule of write club. Yet I, ever the arrogant, self-absorbed, asshole desperate for validation, thought I could somehow be the exception to this rule.

Also, I know there is a time and a place to write for free, usually when you are the one in control of everything (e.g. blogs, tumblr, fanfic, one-man shows), but that’s not what I’m talking about here. This is a story about what happened when a person who shall remain nameless approached me in a professional context and said, “So, I want you to write reviews for me and edit the video games section of my website (which shall also remain nameless). Also, I want to pay you, but I can’t, but I will when I can.”

An editor, I thought to myself.

“I am the editor,” I said aloud like the computer from Flight of the Navigator.

“This could lead to other editorial positions down the road,” I said to the cat, knowing his sub-par IQ, even for a cat, would protect me from recriminations in the face of a majestic work of self-delusion.

So eager was I for validation, I didn’t bother asking about who would own the rights to my words.

I’ve sold both fiction and non-fiction in the past. I should have known better. On some level, I think I did know better. Instead of politely declining the offer and moving on about my business, I let myself get sucked in. Why? Why would I ignore all the advice I’ve given to the greenest of newbies on panels about how to be a writer?

Some unshakable and existential feeling that where I am and what I’m doing isn’t good enough in the face of what other people are doing. Maybe it was an effort to dodge the boulder of self-doubt that began as a pebble cast down the cliff face of my psyche one day in the summer of 2013. Apropos of said day, it’s a weird moment when you see a writer you’ve reviewed – and had many a pleasant conversation with – sell an essay on how writers shouldn’t bother with reviews, as criticism is largely pointless save for its ability to generate pull quotes.

Nor should I discount a bit of professional envy from the equation. Celebrating the success of others doesn’t mean I can’t be hungry for some of my own, right?  So I took up the mantle of editor. I wanted the title. I wanted people to see I was moving forward, particularly my enemies and naysayers. I finally wanted to break 600 followers on twitter (597 as of the time of this post).

For a time things were great. My EiC said all the right things whenever I came to him with my thoughts. More importantly – to my ego, at least – my work was crossing from my desk, to his, to the website with minimal to no revisions.

My name is Ozymandias, King of Kings; Look on my Works, ye Mighty, and despair!

Fun fact, the best editor I’ve ever had ripped a new asshole into the best story I’ve ever sold. In retrospect, I should have known something was amiss with this gig. I like to think I’m good, but there’s no way my essays and reviews should have skated without my EiC demanding edits that would send me into a scotch-fueled shame spiral at least once. Remember, kids, editors make us better by destroying us.

After a few months things took a turn for the ugly. In truth, I could see the writing on the wall before everything came to a head. Although the reasons why a person should pay their writers are legion, few people talk about the ability of money to balm a chapped ass. Were I being paid for my labours, I probably wouldn’t have cared as much when my EiC started asking me to do things that weren’t 100% aligned with my world view. As long as the paycheque is big enough to wash away my sorrows in booze and awesomeness, I’d write marketing copy for the Conservative Party of Canada. Pay me enough to buy a few nights with a Tricia Helfer lookalike, and I’d even write speeches for Stephen Harper, himself. Every man has a price.

In this case, I was being asked to recruit other writers to my section of the website with the promise of exposure and writing tips in lieu of compensation. The cognitive dissonance built as I tried to rationalize why I refused to recruit others to do something I was already doing. All the while I was working toward a shared vision, until one day I wasn’t. Once the high-minded ideals and promises started falling to the wayside, the resentment really kicked into overdrive. As much as I may have believed in the cause – or convinced myself I believed – the fact that one announcement took me to a place of righteous indignation is a good barometer for how I was actually feeling.

When the big change in “the vision” was announced as a fait accompli, I quit. I quit semi-publically, in spectacular fashion, while quoting TRON. Later, I found out that another editor quit shortly after I did. If I could do the whole thing over again, I probably wouldn’t have done the public bit, but I still would have quoted the Master Control Program as I rode off into the sunset.

Skip ahead a couple of months and here I am writing these words, and here you are reading them. What’s changed? Not much. As far as the website in question goes, they seem to be doing well without me, so good for them. In the wake of parting ways, the ego boost I was so desperate to cultivate in the first place has effectively been turned on its head. Some paranoid part of me now wonders if the only reason I get review copies of books and video games – my only measurable success – is because I’d rather not write a review than use my little corner of the internet to slag someone off (movies and TV not withstanding). An even more paranoid part wonders how many bridges I may have burned with that last job. As fiction subs get rejected and non-fiction pitches go unanswered, I wonder if maybe I’ve blown a bigger hole in my foot than originally suspected. As a writer, it’s fair to say I’ve never felt farther from my goals than I do of late.

But that’s okay. Shit happens, and people have short attention spans. Annoying as all of this is, it seems I’ve finally learnt the lesson I’ve espoused so many times while giving advice to the neophytes. Maybe it’s not a happy ending, but it’s not a terrible one, either.

1)     Don’t write for other people for free because you think you need to pay your dues to get ahead.

4)     The moment writing for free becomes a pain in your ass, you need to quit.

5)     Don’t quit where other people can see it, even if doing so does feel so good you need to go home and change your trousers.

6)     There’s nothing wrong with wanting to be paid for your work. It doesn’t make you entitled, up-jumped, or disrespectful to the establishment. It means you want to have value assigned to your work.

So there’s that. Sorry for the cheap therapy session, but…well…not sorry. After 730-some posts, I’m entitled to a bit of indulgence and soul unburdening every once in a while.