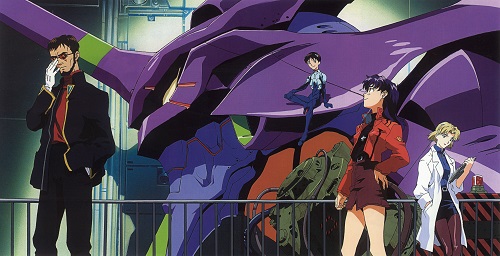 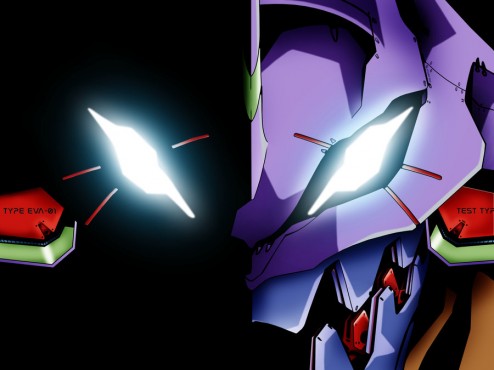 Thank god, I’ve finally come to the end of Evangelion, not The End of Evangelion, mind you. I don’t think there’s a force in the universe that could compel me to watch the movies that allegedly make sense of the series. And on that note, I think I owe my younger self an apology.

When I started this mad adventure, I assumed Adam in the summer of 2003 wasn’t quite swift enough to figure out what was going on in Evangelion. I remember my confusion mounting through the final few episodes. I stared at my computer monitor, wondering why my friends thought I would like this series. Was something wrong with me? Was something wrong with them? Now I’ve come to see the truth of it.

Evangelion is a pointless exercise in wanking.

There, I’ve said it. The bell cannot be unrung. After twenty-six episodes, I find this series to be one of the most narratively dysfunctional things I’ve ever seen. I don’t know why people like it. I don’t know what there is to like save for something so pretentiously pointless that it serves as a convenient vehicle for supporting whatever bullshit interpretation people choose to foist upon it. I expect this is the sort of thing English majors fantasize about as they lay awake at night; the kind of story where any reading, no matter how pants-on-head stupid, can work.

Science fiction often uses organizations as mechanisms for promoting a certain world view. The likes of the United Federation of Planets, X-Com, the UNSC, or the Pan Pacific Defense Corps, to name a few, all speak to a certain higher ideal, or at the very least a means to justify an end. A secondary feature is humanity coming together to achieve something separate nations would find necessary but impossible. So too does NERV, initially, seem like a grand venture in its mandate to protect the planet from the angels. In actuality, I’m not sure what NERV represents beyond a venue for Gendo Ikari to bang every woman while making teenage clones of his dead wife – presumably to bang – all the while marching down a delusional(?) path to godhood.

In other words, I spent the better part of nine hours of my life watching NGE, and I still don’t know why the ostensible good guys exist. By the end of the series we’re led to believe the angels only attack the Earth because humanity created EVA-00. If all of this is supposed to be an exercise in the hubris of mankind, I’d rather watch Godzilla.

Kick them while they are down

The only thing the series does well is heap abuse on its characters. The gamut of human misery covers a wide arc, from outwardly abusive characters to those whose entire modus operandi is self-flagellation. Was a side effect of the Second Impact to make everybody on Earth an irritable, irascible, asshole? Let’s have a quick recap.

Gendo Ikari: wants to become a god and have sex with his co-worker, his co-worker’s daughter, and the teenage clone of his dead ex-wife.

Misato Katsuragi: a self-loathing drunk with daddy issues who fell in love with a man like her father. Later, after having sex with the guy who reminds her of her father, and thus carving out a moment of personal happiness, the series slut shames her for wanting to feel a human connection.

Kouzou Fuyutsuki: Deputy Commander of NERV and full-on Wayland Smithers to Gendo Ikari’s Mr. Burns. Fuyutsuki knows that Gendo is up to something monstrous but does absolutely nothing to stop him.

Again, I’m not sure what the series is playing at with this rogue’s gallery other than a commentary on how people are bastards. Sometimes people are self-destructive bastards, like Asuka; other times people have self-destruction foisted upon them. Which brings me to Shinji Ikari and the final “conflict” of the series: Shinji’s battle with his own personal demons.

Beating Up Teenagers for Fun and Profit

After defeating the final angel, who somehow got cleared to be an EVA pilot, Shinji is a pretty messed up kid. It’s either that or Gendo Ikari is trying to forcibly evolve humanity into a being of collective consciousness. Frankly, it’s hard to tell what the hell is happening in the last two episodes. Either way we see Shinji’s life reduced to a protracted flashback sequence.

From the outset Shinji is led to believe 1) he’s an idiot 2) he’s only useful to NERV and his father so long as he pilots EVA-01 3) he needs to be better, stronger, and tougher to save the world. Shinji embraces all of this negativity to the point of killing the only person who was ever nice to him. Never mind this person was an angel. Burdened with guilt and shame, Shinji concludes he is worthless. This is when the rest of the cast shows up in Ikari the Younger’s head to tell him he only feels worthless because he’s convinced himself that he is worthless.

Victim Blaming for the Win

What drugs was Hideaki Anno on when he wrote this ending? The series spends its entire narrative making Shinji feel worthless. His father and surrogate mother use him for his piloting abilities independent of his well-being. When Shinji defies his father’s authority, particularly when Gendo assumes control of his EVA and almost kills another pilot, Shinji is all but thrown out of Tokyo-3. If Evangelion were made today, the internet would be up in arms about how it champions a narrative of victim blaming via pop psychology.

Remember when the internet got its dander up because Pacific Rim cribbed too much from Evangelion? Well here’s something to piss off the fanboys; I say Del Toro improved on the source material. How’s that? Think about the driving force behind a Jaeger? It’s not the ability of its pilot to meld with a machine. Rather, Jaegers work because two people can come together as one. The movie called it drift compatibility; some other people might call it empathy.

In comparison, Anno’s message is that we’re only as alone as we make ourselves and we should toughen up and stop feeling sorry for ourselves. But don’t self-medicate or seek out physical company like Misato; that’s weak and slutty. And don’t try to power through and deny your existential sadness like Asuka; because that’s self-deceptive as well. Since the Second Impact seems to have killed all mental health professionals on Earth, why not just tell Shinji – and the audience by extension – to pull themselves up by their bootstraps when they feel worthless. After all, a person’s internalized self-worth isn’t really important compared to some great sense of capital-T Truth.

What is Your Exit Strategy?

In the end everything about NGE, to borrow a phrase, is all talk and no trousers. The series sets up a vast and sweeping conspiracy involving gods, aliens, and supra-national government organizations. Prior to the final two episodes, it seems like Misato is Scully on the verge of a great revelation – unbelievably with Kaji’s help. One might assume the final showdown will be between Misato and Gendo: the surrogate mother versus the deadbeat dad. Then, as if painted into a corner, the series does an about face. This delve into the frailties of the main characters reduces them to screaming, sobbing, messes. It’s poetic justice for Asuka, but for Shinji and Misato, who represent the only emotional attachment I had to the series, it’s a disappointing turn of events.

Thus, Neon Genesis Evangelion is not something so impenetrable that a young undergraduate version of myself couldn’t figure it out. The series is the product of a director writing through his feelings without any concern for telling a coherent story. Some call NGE revolutionary and a commentary on the mecha genre. I fail to grasp the value of said commentary when the likes of Gundam and Macross mobilize the mecha genre as a more effective explorations of the human condition. How those series were in need of deconstruction at the hands of a story so manic in its tone and purpose, I’ll never know.

Goodbye, NGE, I hope to never watch you again, at least not without somebody paying me for my time.