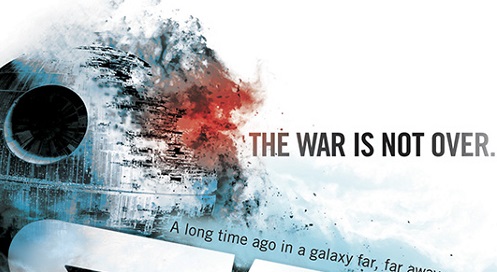 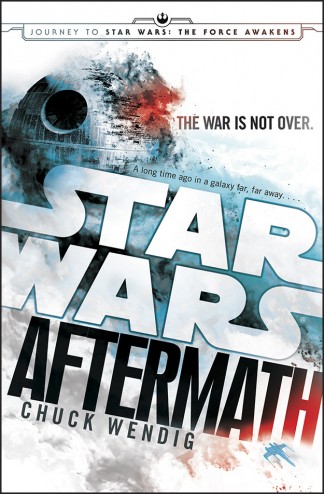 At the time of this post, I’m about halfway through reading Chuck Wendig’s Star Wars: Aftermath. I feel quite confident in saying it is an excellent entry into the Star Wars universe. Despite Aftermath’s obvious strength as a space opera, a war story, and a piece of a greater whole, some segments of the internet have registered their discontent with the book.

I would like to speak to that discontent, if only to get the following words out of my system before sitting down to write a proper review of Aftermath. So gather ’round, ye monsters of cyberspace; Uncle Adam is going to lay a little truth on you.

In an odd way, I think I understand why some people are angry about this book. It has nothing to do with Mr. Wendig writing in the present tense or inserting lesbian characters into the novel. Nor is it about the lack of movie characters in Aftermath. I suspect the ugly anger comes from a sense of Star Wars being taken away. Lucas might have cocked it up, but now shit is getting real.

Remember back in the late 80s and early-to-mid 90s when Lucasfilm didn’t really care about Star Wars? You know who did care about Star Wars? LucasArts, Timothy Zahn, and a lot of us nerds. Genre defining games like X-Wing, Tie Fighter, and Dark Forces took us deeper into Star Wars than three movies ever could. We were the ones blowing up the Death Star, never mind some farm boy from the Outer Rim. Alternatively, we were the ones flying TIE Interceptors in an attempt to maintain peace in a galaxy plagued with bounty hunters, pirates, and left-wing terrorists. Names like Grand Admiral Thrawn, Mara Jade, and Kyle Katarn were as real to us as Han Solo or Leia Organa.

And then a bunch of suits came along and said that everything we loved about that mythology didn’t count for Bantha poodoo. Now we live in a world where Jar Jar Binks is more Star Wars than Mara Jade. Let that sink in for a moment. A character as asinine as Jar Jar should not be more Star Wars than anything.

Here’s the thing, angry internet people, Disney deciding what is and is not canon doesn’t take away from the fundamental truth that Star Wars was and is a piece of contemporary mythology. There are literally dozens of fan films and countless fan fics that allow people to participate in the communal story telling of Star Wars. Everything in the extended universe is still part of that mythos, regardless of what a corporate entity decides to expunge as to bring a sense of “order” to things. However, understanding that a mythology is a shared story is only half of the equation relevant to this discussion.

Myths and legends, within the Western tradition, at least, are ways of understanding society and one’s place within it. This means that Mr. Wendig’s choice to do “controversial” things like including a diverse host of characters within his novel, is not part of some grand conspiracy to remove “manly men” from Star Wars. Nor is it really controversial. If you’re the sort of person who thinks it is, then you’re likely an asshole.

Mr. Wendig is representing this world, as he sees it, within Star Wars’ mythological system. He’s also mobilizing some of the more complicated geopolitical narratives of our world in parsing the boring and binary nature of the Rebel Alliance and the Galactic Empire. I’d speak more on that, but you will have to wait for my review.

Angry fans do have a right to feel hard done by when the things they bought into are deemed lesser by the stroke of a pen. However, directing this outrage at an author whose contribution to the mythology is more than acceptable is as unfair as it is brainless. Building new places, forging new characters, and telling new stories, all while weaving a reflection of our world into the mythology, is exactly what a good story teller should be doing. To suggest otherwise, is to miss the point of literary criticism and engage in the most banal sort of butthurt.

Thus I shall close with a recommendation to the angry, outraged masses. As the floodgates seem to be open on refilling Star Wars‘ literary canon, those fans who can’t get over themselves and enjoy the thing they purport to love should pick up a pen and start writing. Really, I mean it. There’s probably never going to be a better time to break into writing a Star Wars novel. If you think you can do better, then fucking do better. I’ll help you get started…something about some clone troopers who get frozen in carbonite by the Hutts just before Order-66. When they get defrosted in 2 BBY, they aren’t sure if they should be loyal to the Empire or the Rebel Alliance. I call it Star Wars: Sundered Loyalties. Whatever, shut up, I’m not good with titles.

I await your evisceration.