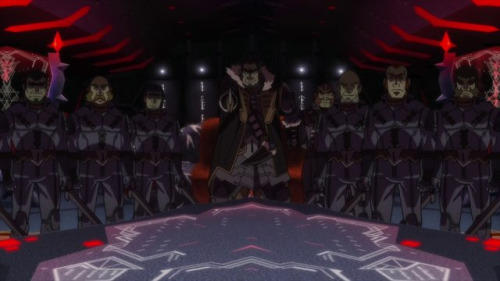 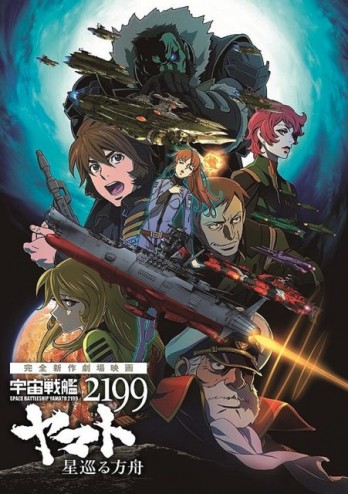 Though it’s been a long time since I last wrote about Space Battleship Yamato 2199, one thing hasn’t changed about this modern reboot of the 70s cult-classic: the adventures of the Yamato always leave me with plenty to think about.

The Yamato franchise is a study in Japan rewriting its popular history through popular culture. In the wake of a humiliating surrender at the end of the Second World War – that is to say humiliating to the Japanese national ethos – the series is an attempt to portray the Japanese military as an active instrument, absent problematic notions of empire building. Hence, the ultimate symbol of Japanese imperialism is literally retrofitted as a vessel of salvation for the entire Earth.

While those undertones persist within the 2199 reboot, the first season proved itself capable of rising above the source material. For example, characters aboard the Yamato exist outside of 1970s gender norms. The politics of the Earth Defence Forces offer some nuance and room for intrigue. Most importantly, the Gamilans, once simple space Nazis, are reformed into a people victimized by Dessler’s absolutism and the monstrous nature of his sycophants. This tone toward something more mature and less jingoistic is what has me so befuddled with Odyssey of the Celestial Ark. Where Earth and Gamilas continue to be more than they used to be, I have reason to believe the series might be playing a new game of racism and xenophobia with the Gatlantians.

Odyssey of the Celestial Ark is set between the penultimate and final episode of SBY 2199’s first season. Having made peace with the Gamilans, the Yamato speeds toward Earth, carrying with it the planet’s salvation. All is well and good until the Gatlantians, who old-school Yamato fans will remember as the White Comet Empire, ruin everybody’s day.

This is where things get a bit weird. On the one hand, the movie is doing everything it can to add depth to Terran and Gamilan characters, alike. We see Kodai as both military commander and diplomat. The movie even goes so far as to address the great unanswered question of the first season: how can Humans and Gamilans have the same DNA? Enter the progenitor race trope.

It turns out that the last of the Jirellians are squatting on a relic belonging to ancient species who seeded the galaxy. Aboard this ark, Humans, Gamilans, and Jirellians come together in peace before launching the last survivors of Jirel into the depths of space in search of a new home. Amid all this thoughtful coming together we witness the weirdness of the Gatlantians.

OCA appears to be trying a little too hard to cast the Gatlantians as barbarians at the gates. The Gatlantian commander, General Dagam, is clad in animal pelts, carries a comically large sword, and lets his command station be cluttered up with a host of food and wine. Oh and did I mention the Fu Manchu mustache? Space Battleship Yamato 2199 has worked hard to shift away from the Gamilans as simple space Nazis and Humans as the unrepentant good guys. So why do I feel like the Gatlantians are being offered up as shallow space Mongols?

Perhaps it is Dagam talking about his super weapon as the fruits of Gamilan slave labour, like what the Mongols used to do. Maybe it’s the fact that Gatlantian military supremacy is based on beating their foes at mobility-based ranged combat, a tactic similar to those employed by Mongolian horse archers. It could be the obvious excesses aboard Dagam’s ship, as if to capture a stately pleasure-dome, compared to the lean efficacy reflected in the Gamilan navy. Even if I’m reading the racial dialogue incorrectly, there’s still something very banal about the way Dagam represents a mustache-twirling foe.

Even in consideration of the Gatlantian weirdness, the movie addresses what I thought was missing from the end of the first season. First, the audience gets a greater sense of Kodai’s capacity as Okita’s successor. Second, we see another point of entry into a post-Dessler Gamilas, likely framing a few key Gamilans for the second season. Third, the resolution to the genetic mystery of Gamilas and Earth is smart enough to simultaneously cement existing friendships and foreshadow dissent between the hardliners on Earth and Gamilas. Overall, Odyssey of the Celestial Ark is a strong, if imperfect interlude between the first and second season.