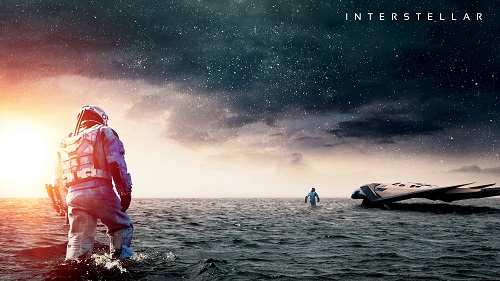 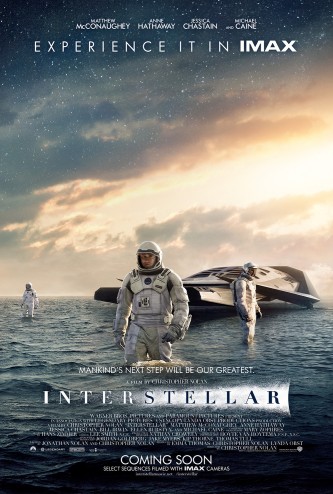 The chances are good that many of you will disagree with this review. In a world where Guardians of the Galaxy is 91% fresh on Rotten Tomatoes, I’m sure Christopher Nolan’s clumsy and ill-paced homage to 2001: A Space Odyssey will seem like Shakespeare to some. I guess we just want different things out of movies.

I don’t know why so many critics and movie goers line-up to defend this movie. Perhaps, people are afraid to criticize Interstellar for fear of being seen as stupid. But after enduring nearly three agonizing hours of wibble posing as “hard” science fiction, I feel no such fear. Interstellar is a largely dumb movie. One might only be tricked into thinking Interstellar is smart because it manages to puff up its chest and oversell itself in the opening act.

In deference to what the movie does right, the first thirty minutes are reasonably interesting. Mr. Nolan envisions a chilling vision for the future; it’s a world where food scarcity is the consequence of a new form of bacteria that sucks up oxygen and produces nitrogen in its wake. Human labour and ingenuity are redirected toward practical affairs, like farming. History books are rewritten to facilitate a world where we look inward rather than upward. All of this is quite interesting. However, I hasten to call it good storycraft as Nolan takes half an hour to do what I’ve summed up in a paragraph. Space may be vast, but my patience is not.

Pacing, or a lack thereof, becomes one of the things which utterly saps the life out of this movie. Where most movies have a three act structure, Interstellar has five acts. Two of them are worth watching. The other three are a monument to the fact that nobody involved in the production would dare take a red pen to Mr. Nolan’s bloated script. In so much as Interstellar wants to be a story about astronauts facing an impossible task on the other side of the galaxy, it’s also firmly rooted in a human interest story set on Earth. Where the latter should have been left on the editing room floor, Nolan makes the story on Earth run parallel to the story in space. While some, no doubt, found the leitmotif of cause, effect, and causality to be clever and thoughtful, I found it little more than a circle jerk.

And I know what you’re thinking; you’re thinking that I’m about to get on my high horse about the time dilation planet. I’m not. I could easily spend a few hundred words breaking down the insane pseudo-science Nolan uses to justify this sequence. But I’d rather not insult the intelligence of my readers, who no doubt saw the pseudo-science for the garbage that it is. Instead, I’ll speak to the cause behind the cause. The time dilation planet is the inelegant solution to the problem of aging up the astronaut McConaughey’s one-dimensional pre-teen daughter character into a two-dimensional Deus ex Machina. You’ll pardon my loud farting noise.

Though it is de rigueur to place Interstellar alongside 2001, I won’t insult the late Stanley Kubrick’s work with any further comparisons. Quite honestly, the more accurate analogue for Interstellar is Disney’s 1979 homage to pseudo-science, The Black Hole. Both movies feature sentient robots, mad scientists, and a weakly written ending that presumes to send people “into” a black hole; wherein, something greater than being crushed to death awaits intrepid American astronauts. Interstellar is not high-concept, nor is it a thoughtful art film. Interstellar is, quite simply, a bad movie. Pretty as it may be to behold, it’s got nothing going on between the ears.