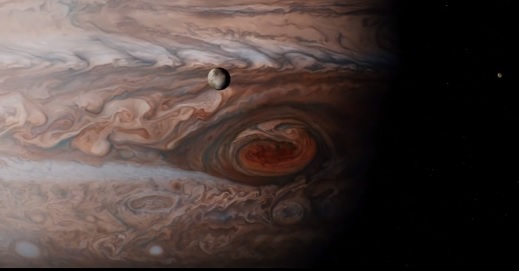 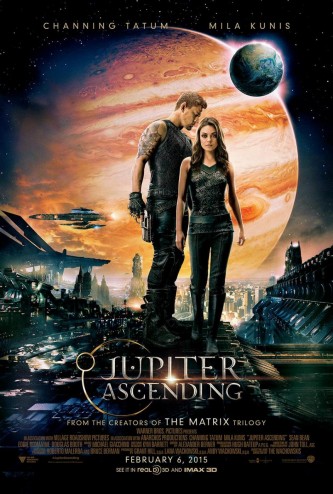 Jupiter Ascending tells the story of Jackie Jupiter Jones (Mila Kunis), a Russian émigré, who cleans American toilets for a living. The movie is smart enough to get right into the sci-fi twist on the longing-ladies-of-fairy-tales trope, rather than spending forty minutes faffing about with Jupiter’s backstory. We witness a few scenes of Jupiter coveting the expensive lifestyle of her social betters as a prelude to a bunch of Sectoids aliens legally distinct from X-Com’s intellectual property showing up to kill her. Fortunately, Jupiter has a guardian in the form of Channing Tatum, who plays some sort of wolfman hybrid with hover boots, man pain, and the power to remain shirtless for half his scenes.

So yeah, I guess I’m not the target demographic. If the secret alien princess gimmick doesn’t elucidate who the movie is playing to, then the parade of beefcake probably drives home the point. The scantily clad space babes of literally any other sci-fi movie are replaced by shirtless dudes alternatively pouting, grimacing, or showcasing their troubled past through gruffness. Okay, cool. Points for being different. Points for being progressive. However, dismantling traditional cinematic sexism through benign machismo and eye candy doesn’t add much to the story.

And at the risk of putting too fine a point on things, Jupiter Ascending’s story is probably the worst part of the movie. The aesthetics are amazing. Ships, costumes, and orbital megastructures all boast a richness of design and promise an amazing backstory. Visually, Jupiter Ascending makes Mass Effect look like the crude scribblings of a toddler with their crayons. What do they yield in terms of story? Cinderella meets the three bears. To wit:

I hate my life on earth.

Oh no, the bad aliens are trying to kill me, let’s go to space and meet my genetic children who all want to use me for some nefarious purpose.

This child is too cloying.

This child is too incestuous.

This child is too psychotic.

Well, fuck it. I’m going back to Chicago to clean toilets and hang out with my beefcake, wolfman, alien boyfriend. Also, hover shoes and I secretly own the Earth, but I still clean toilets because now I appreciate my garbage life through the lens of a meta immigrant experience.

Seriously, this is the entire story. For all the splendor built into Jupiter Ascending’s world, the actual story is light years wide and inches deep.

Now, I know what some of you are thinking: it’s an action movie, of course it’s going to be shallow. Perhaps, perhaps not. What’s problematic in this case is how the lack of depth in the story shines a light on all of the areas where the writing cribs from other parts of science fiction’s history. In some ways, the entire enterprise is a love letter to L. Ron Hubbard’s Battlefield Earth. Not the movie, mind you, the much, much longer novel about space capitalists. Likewise, I wouldn’t be surprised to learn the movie’s utterly pointless homage to Brazil is the product of the Wachowskis holding Terry Gilliam’s cat hostage in exchange for ten pages of script. And when Jupiter invokes Brazil’s infamous form 27b/6 as a regulation against being kidnapped, I honestly could not tell if the movie is winking at the audience or shouting, “Do you get it?” like Bojack Horseman.

So it’s the archetypical hero’s journey for Jupiter and Jupiter Ascending. The story reaches for greatness, but it is poorly assembled and a depressingly textbook affair. This said, the movie stunning in its visual richness. The costuming is as extravagant as what one would expect from a Sofia Copolla period piece. The problem is that none of the aesthetic translates to meaningful plot. It adds depth to the setting, but not to the story. And without a strong story to anchor the fantastic, the entire narrative spins off in a thousand inchoate directions.