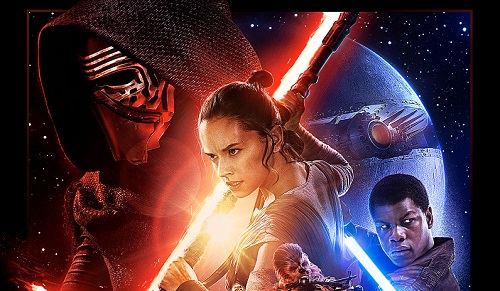 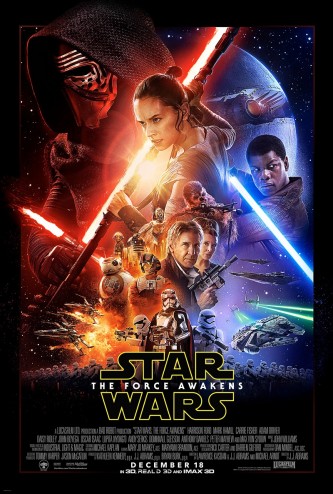 Let’s boil things down to one simple, 80s CRPG-style preamble and question.

You see a movie theatre. It’s playing Star Wars Episode 7: The Force Awakens. Do you buy a ticket? (Y/N)

Your answer should be yes.

This is mostly everything I’m going to say about The Force Awakens. Not because I’m lazy, but because I suspect it’s all people want to know, at least for now.

Don’t get me wrong, there are many things I want to say about this movie. I could fill pages discussing the way The Force Awakens hits every mythological beat in terms of telling a story that could be right out of Greek mythology. But that’s not what people want, is it?

Between little old ladies demanding blood oaths against spoilers on pain of a heavy sack beating, a general distrust of the Snakes on a Plane-level of hype surrounding TFA, and oh-so-many Attack of the Clones shaped scars courtesy of Lucas’ second kick at the can, I’m left to ask what’s the fucking point of writing a review? Anything I put together that wouldn’t risk offending sensibilities would be the sort of pale mockery of criticism that comes with the joke of the objective video game review.

Star Wars: The Force Awakens is a motion picture. It is filmed in colour. There are many actors representing both humans and non-humans. The story is set in a galaxy far from our own, at a point in time removed from our own. The film is paced into three narrative acts, with a prologue and epilogue. The actors convey a range of human emotions in their attempt to tell a story.

I trust the point is made.

While I submit that any story worth its salt can’t be spoiled on the grounds of plot details alone, I’ll not invite the scorn of the internet for my inability to perfectly divine what may or may not offend. To be honest, The Force Awakens is strong enough that I could summarize the plot and comment on its themes without diminishing the experience. But with various plug-ins and apps filtering out Star Wars related comments and content, what’s the point in writing for an audience that doesn’t want it? I write reviews with the expectation that that my words will provide some value to readers. The general buzz around the internet is that said value is neither welcome nor required at this particular juncture.

So if all people want is reassurance, then here it comes.

Is The Force Awakens better than episodes 1, 2, or 3? Absolutely.

Should you go see it? Without a doubt.

Is it going to make you feel feelings other than disgust and boredom a la Attack of the Clones? You bet. All of the feels.

Did Lawrence Kasdan write a good movie? Without a doubt.

Did JJ screw it up? Not even a little.

There. Are you not reassured?