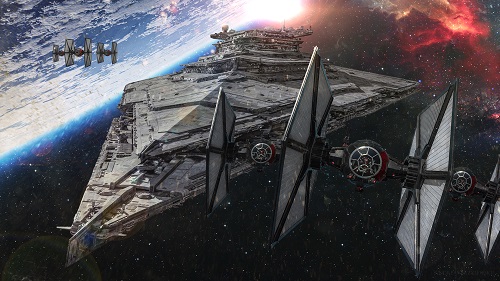 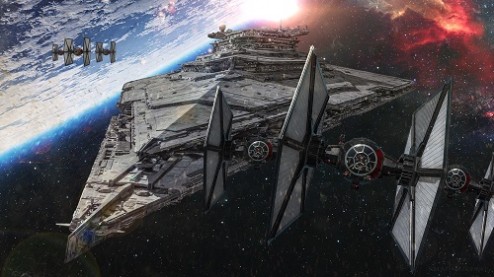 We’re less than two weeks away from the release of The Force Awakens, and it’s time for Adam to jump aboard the hype(rspace) train. That’s right, even a cynical bastard like yours truly is counting down the days to a new Star Wars movie. Sure, there’s a significant non-zero chance the movie will be dreadful. Good music and decent editing made The Phantom Menace’s trailers augur a good movie. This said, I have a hard time imagining Lawrence Kasdan writing a movie worse than Attack of the Clones.

So let’s pass a bit of time with a two-part speculation fest about what’s gone on between Return of the Jedi and The Force Awakens.

Based on what we’ve seen in the trailers, which do a fantastic job of channeling iconic images from A New Hope, it’s pretty safe to assume The Force Awakens wants to take things back to the drawing board. For example, young Luke is a “nobody” marked for greatness, and he lives on a desert planet. Rey calls herself “no one”, is marked for greatness, and lives on a different desert planet. The Empire had a super weapon in A New Hope, and now the First Order has its super weapon. Obi-Wan Kenobi trains and guides A New Hope’s archetypical hero; Han and Chewbacca, likewise old soldiers, fill the Chiron-esque role for Rey and Finn. A New Hope had a scrappy band of rebels taking on an evil empire, but this doesn’t make sense for The Force Awakens.

Chuck Wendig’s canonical novel (eat all the dicks, haters) Star Wars: Aftermath paints a picture of the Empire in complete disarray after Endor. Imperial starships and planets, alike, are defecting to the New Republic. Mon Mothma has established a new seat of government on Chandrillia. Admiral Ackbar’s military resources are so great that Mothma wants to begin scaling back the Republic’s navy. This tactical situation doesn’t really mesh with the notion of the The Force Awakens’ Resistance being poorly organized and out-matched by the First Order. The Republic, not the Resistance, should be meeting its opposition with squadrons of B-Wings, Mon Cal cruisers, and starbird-painted Star Destroyers. Various trailer scenes of X-Wings attacking absent capital ship support strike as odd.

Suppose Mon Mothma’s idealism bit the Republic in its ass. I can imagine her and Admiral Ackbar getting into it over deployment levels and response rates as her idealism collides with his realpolitik. I can almost hear the cheers from within the New Republic’s senate as tax burdens are eased, military spending reduced – probably for the first time since the Clone Wars – and civil infrastructure projects, long neglected under Palpatine’s rule, finally get off the ground. And on the day Home One gets mothballed, BAM, Grand Admiral Rae Sloane shows up in orbit of Kuat, commanding an SSD strike force. Before the Republic can mobilize a response, she’s blown the hell out of the shipyards and beat a retreat. Days later, she pulls the same stunt at Corellia, then Fondor, and finally Mon Calamari, itself. There’s no need for the Empire to hold these systems when raiding them effectively cripples the Republic’s ability to build-up its forces. Absent their primary shipyards and maintenance facilities, the Republic navy would have to return to its roots as a rebel armada.

What would the Empire need to pull it off?

First and foremost, time. Even with some units defecting to the Republic, the Imperial navy is huge. If Rae Sloane and the mysterious Supreme Commander can secure a proper rear-operating base, complete with supply lines to feed and fuel the fleet, then they need only wait for Mon Mothma to make a tactical miscalculation.

10:1 on this or a variation on the theme. Kasdan isn’t beyond going dark, and JJ is probably inclined to let him go there. More importantly, if The Force Awakens wants to get back to the roots of the franchise, then something very bad needs to happen to the ability of the Rebel Alliance to govern as the New Republic. Or more precisely, something needs to happen to the power that legitimizes the Republic’s ability to rule.

There’s also something else that stands out from Star Wars: Aftermath. At one point an Imperial character says, “The Sith thing to do is to wait until your enemy passes by and stab him from the shadows.”

The Sith from Knights of the Old Republic were opportunists and empire builders. Darth Revan’s greatest success came not from direct conflict with the Republic, but from attacking them from within. He took advantage of the Jedi’s arrogance, subverted their saviour, Bastila Shan, and carved out an empire for himself. What if the Supreme Commander, Rae Sloane, and Kylo Ren are that kind of Sith?

On Friday, I explore my more plausible, but infinitely more boring theory on The Force Awakens.