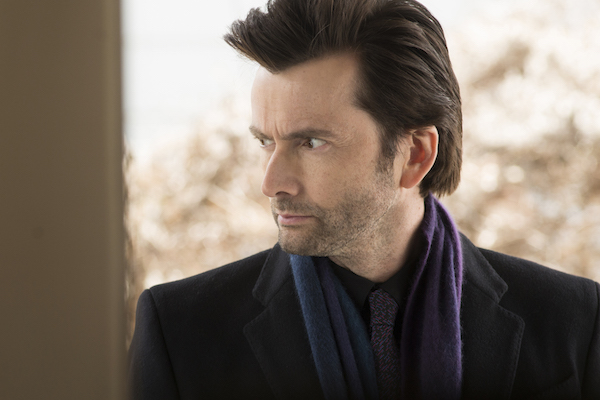 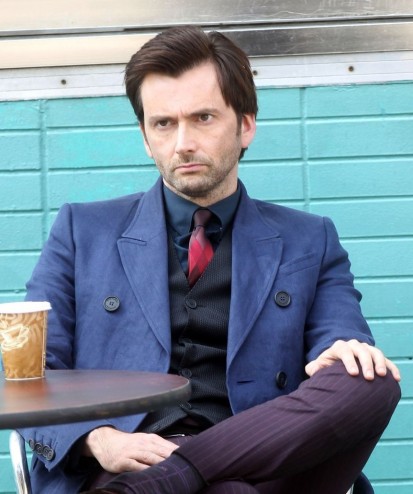 At first blush, Kilgrave’s power to compel anyone to do anything seems almost subdued. Within the pages of the Marvel universe and the MCU, there are beings blessed/cursed with much more grandiose abilities. Likewise, mind control is far from an original ability. Professor Xavier, for one, could reduce anyone on the planet to a meat puppet. Of course, Charles Xavier would never use his mutant gifts on something as crass as cheating at poker. Xavier is a paragon beyond the reach of mere mortals.

In contrast, I’ve seen Kilgrave use his powers to make money, skip the bill at restaurants, kill people, torture people, rape people and general shape the world around him. The thing that makes him, in my estimation, a stand-out villain within the MCU, a place where so many antagonists are little more than the opposite of the person headlining the movie/series, is the fact that Kilgrave’s powers would probably turn anyone into Kilgrave.

Think about yourself for a moment, dear reader. Are you a good person? Do you generally adhere to some sort of moral or personal code in your daily life? Now consider where that code comes from. Do your behaviors stem from a moral core that provides an immutable right way to live your life? Alternatively, are you good because you recognize, on either a conscious or unconscious level, that civil society depends on a social contract where individual needs are subordinate to a collective good?

In other words, what percentage of your interaction with society is governed by your fear of punishment? Now suppose something (e.g. Kilgrave powers) stripped away your obligation to said social contract. What if you were free to revert to a state of nature, a place of absolute freedom, while everyone else was still bound to a social contract? Would such freedom change you?

For all the good we think we have inside of us, Kilgrave’s ability to compel anyone to do anything, filtered through a personal lens, forces us to consider where our good natures come from. How could any person (other than Batman) resist using his powers? How many compromises could a person make to their self-identified good nature while using his abilities? When would a person cross the Rubicon between man and monster? When would the monster begin seeing themselves as a god?

Would you, gentle reader, Kilgrave a misogynist into a feminist? Given the chance, would you tell Donald Trump to go home and retire from public and private life? Would you use the power to talk yourself into a dream job? I’d probably do all three. And even after running headlong into Jessica Jones’ central ethos – that any act of coercion is a violation – I could probably come up with some way to rationalize my actions. And with each rationalization, I, a generally good person, take another step to becoming Kilgrave.

Kilgrave can then be seen as a meaningful example of what might happen to a normal person if they were given god-like powers. Arguably, none of the Avengers meet my definition of being normal. The unique circumstances that make them who they are (e.g. war hero, billionaire, royalty) prepare them for the responsibility that comes with being empowered beyond mere mortals. Also, Jessica Jones and Matt Murdoch may have powers, but they are hardly the equals of the Avengers in raw ability, and their early childhood is likewise a product of a heroic archetype. When I say normal, I mean someone born outside of the confines of Mr. Campbell’s monomyth.

Kilgrave powers speak to the common person because they can be applied in such utterly banal ways. Jessica Jones hints at this in the way Kilgrave uses his abilities to always get what he wants to eat. Imagine what would become of a person if they won every argument about where to go for supper, what to say on the office Christmas card, and who should take out the garbage? If a person never had to compromise, how long would it take before things like compassion and empathy atrophied? How long could a person be eternally right before the people who would dare to contradict them became tiresome pests? In such a mental place, tolerance and understanding become acts of largess rather than fundamental patterns of behavior.

On the opposite side of the coin, how long could a person use their Kilgrave powers before they created an existential void for themselves? Think here of Homer Simpson when he became the Chosen One. Would absolute power over others lead to isolation and alienation? While there’s a chance this distance from other people might make a person with Kilgrave powers cling to their humanity, it might also encourage them to use their abilities in the pursuit of new ways to fill the void.

Notwithstanding the old Wargames maxim that the only way to win is not to play, I don’t see how a person could use Kilgrave’s powers without progressively surrendering the behavioral constructions that make coexisting with other people possible. Courtesy, manners, and etiquette go out the window when a person can act like the most boorish of French monarchs absent any real consequence.

As superhero antagonists go, Kilgrave is something far removed from the likes of Doctor Doom, Whiplash, Loki, or Ronan the Accuser. Unlike most of the MCU’s rogues’ gallery, Kilgrave is not a foil for the protagonist. Rather, he is a foil for the audience. He exists to remind us of what we would become if we woke up with his powers. He is why we can never be Batman. It doesn’t matter who Kilgrave was before his powers, because we, as humans, are not uncompromising enough to wield them without becoming monsters. Only the truly saintly among us can look in the mirror and not see a Kilgrave waiting for his day in the sun.