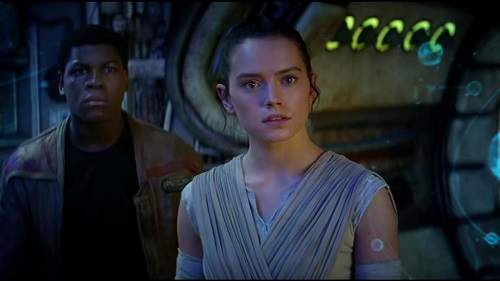 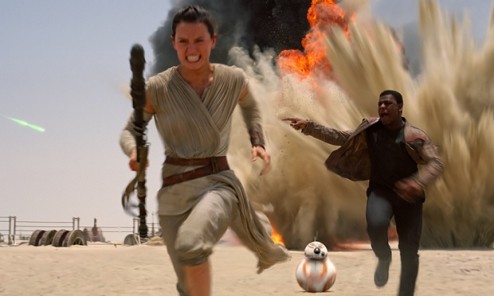 This week I’m diving head long into some hype for The Force Awakens. The first part of this post saw my longshot theory on how JJ Abrams and Lawrence Kasdan are going to take us from The Rebel Alliance to the Resistance. Today’s theory is considerably more boring, but it’s probably a more likely narrative interregnum.

Return of the Jedi ends with everybody partying on Endor and (sigh) wipe cuts to all the good times people are having across the galaxy. Chuck Wendig takes the piss out of Lucas’ retconned big happy ending with Star Wars: Aftermath. On that note, let’s presume that Mon Mothma and Admiral Ackbar are able to hold the New Republic together against the machinations of Admiral Rae Sloane and the Supreme Commander.

Sloane and the Supreme Commander are faced with a triage situation. Star Wars: Aftermath shows us that there’s no way they can hold on to their traditional power. Reduced to an armada unified by ideology, the Imperial forces would have little choice but to retreat en masse to the Outer Rim. This strategic withdrawal would allow the Republic to establish its control over the core worlds and the Mid Rim. Essentially, we end up with a version of what we had in the old extended universe novels. The Galaxy Far Away is home to two competing supra nations: the New Republic and the Imperial Remnant First Order.

How does this get us to The Force Awakens? Two words: Cold War.

After transitioning from the Clone Wars to the Empire to the Galactic Civil War, it is safe bet that the Galaxy Far Away is living with some serious war weariness. The First Order, driven from its power base in the core, needs to establish supply lines to keep its armada alive. The Republic needs to establish a system of government that doesn’t depend on fear and intimidation. The emphasis on both sides of the line is stabilization, without playing at full-scale military operations.

Assuming neither side can afford to engage in total war, the New Republic might adopt a strategy of proxy warfare against the First Order. Admiral Ackbar could send specialists and support groups to aid local malcontents against their occupiers.  Over time, these individual cells could become more cohesive, ultimately leading to a formal Outer Rim Resistance movement. I expect their end game would be about denying the First Order its safe harbours and forcing them to over saturate men and material on certain planets. I mean, why the hell else would anybody want to occupy a shit hole looking planet like Jakku?

The line between the Republic and the Order needn’t be limited to territory, either. It would make sense for the First Order to rewrite history on their side of the line. They can’t have the shit hole planets of the Outer Rim knowing that their salvation is just a hyperspace jump away. It might also explain why Rey thinks the Jedi are just fairy tale and not recent history.

I can’t see the Empire carrying on like it is business as usual in the wake of Endor, at least not considering the events seen in Star Wars: Aftermath.

The other thing that bothers me about the idea of the Republic falling and the Resistance growing out of its ashes is the new X-Wings we’ve seen in the trailers. Those look like improved models over the ones we saw in Jedi. If the First Order took over the entire galaxy, one might expect they would outlaw the production of the strike craft that have been responsible for the Empire’s most disastrous military failures. It’s not like they wouldn’t know who was making them for the New Republic/Resistance. Since one doesn’t make hyperspace capable starfighters in their basement like so many pipebombs, the Resistance would need to have a manufacturing base of some sort. And that tells me things can’t be that bad in the Galaxy Far Away.